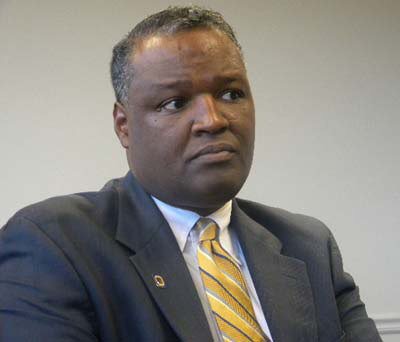 School board members make up the largest body of elected officials in the United States. We entrust them to set the policies of our most treasured institutions: our public elementary, middle and high schools. Every district has a board of education, and boards generally meet every month in meetings that are open to the public.

These gatherings range from tame rubber-stamping sessions to intense, provocative discussions with the community where controversial issues are debated and landmark decisions are made.

School boards are supposed to be nonpartisan. However, in Prince George’s County, they are not.  In most districts, members serve four-year terms, and terms are staggered so seats don’t become open all at once. In general, to run for school board, you have to be at least 18 years old, a citizen of the state, a resident of the district, a registered voter and eligible under the state constitution to be elected to public office.

In most cases, a school district employee can’t be a board member in that district. This means no teacher, principal, librarian, custodian or anyone else that works in a school in the district can serve on the school board, unless they resign from the employed position.

School districts are complex corporations; they’ re often the largest employers in a community and the decisions they make reach far, affecting jobs, resources and most importantly, the education of all children.

What do they do?

Somewhere in between the agendas, public comment sessions and resolutions, school boards make a number of important decisions. School boards establish a vision for the community’s schools. They have to set up and maintain an effective, efficient organizational structure for the district that lets the superintendent or CEO and administrators manage the schools, teachers teach and students learn.

They are responsible for hiring and evaluating a superintendent, evaluating and adopting policies that affect all schools in the district, serving as a judicial and appeals body when conflicts go unresolved, monitoring and adjusting district finances, and managing the collective bargaining process in the district.

A school board has a symbolic role as well. The behavior it shows off in the meeting room, the rapport among school board members and the relationships that members have with teachers and administrators in the district all add up to the climate of public education in a community. Whether healthy or dysfunctional as seen here in Prince George’s County, a school board has a heavy influence on the spirit that characterizes a community’s impression of its school system. This is why is not a good idea to leave a politician or politicians who have no interest in education to run the schools with some other interior motive.  Since the take over of the county school system, Prince George’s County Board of Education has gotten worse than ever before.

On this note and as stated above, Our county, schools and students are better off when we elect independent minded and qualified candidates to serve on the board over candidates hand picked by political leaders as seen here in Prince George’s County.