Maryland Democrats gathered Tuesday for what was supposed to be an energetic pre­legislative-session lunch featuring top elected officials and rising stars railing against ­President-elect Donald Trump and a Republican-controlled Washington.

Hanging over them, however, was the specter of a growing federal corruption investigation in Prince George’s County that has expanded to the State House in Annapolis.

Minutes before the doors to the hotel ballroom opened, federal prosecutors announced that former state delegate William A. Campos (D-Prince George’s) had pleaded guilty to accepting bribes stemming from his time on the County Council.

Prosecutors say that more than one lawmaker remains under investigation in the case and that at least one more will be charged.

While Democrats cheered on luncheon speeches calling for protecting the federal health-care law and standing up for the working class, they also were checking their phones for updates on allegations that have muddied their party’s name.

Outgoing U.S. Secretary of Labor Thomas Perez speaks at a pre-session Democratic legislative luncheon in Annapolis, Md. (Linda Davidson/The Washington Post)
Some Democratic lawmakers privately vented their disbelief that a colleague would accept bribes, and expressed fears that the investigation would expand beyond the current and former lawmaker alluded to in federal charging documents.

“The first day of session is just like Opening Day of baseball. There’s always optimism,” said Del. Dereck E. Davis (D-Prince George’s). “When you come in with this sort of pall cast over the session, it definitely puts a damper on it.”

Del. Jay Walker (D), who chairs the Prince George’s delegation, was huddling with other lawmakers and officials throughout the afternoon. He said his phone had been blowing up with messages about Campos’s plea. He declined to comment on the case, referring instead to an earlier statement in which he said that the federal corruption allegations do not reflect the behavior of other lawmakers from Prince George’s.

In a separate embarrassment, House Speaker Michael E. Busch (D-Anne Arundel) canceled plans Tuesday to swear in a Baltimore Democrat who had been appointed to a vacant House seat after that nominee was charged with making illegal campaign contributions to then-state Sen. Catherine E. Pugh’s successful campaign for Baltimore mayor.

The appointment to the House seat has been rescinded.

In a brief interview after the lunch, Busch said the public should still have faith in the legislative body.

“The vast majority of people come down here and take their oath of office very seriously and understand what their job is,” Busch said. “Unfortunately, like every other area of human life, some people try to take advantage of the system, and they end up getting caught.”

In a prepared statement released later Tuesday, Busch said he was “ painfully disappointed that any member of the House of Delegates would compromise this institution and the public trust.”

“There is no room for this type of behavior in the House of Delegates,” the statement said. “Each of us needs to redouble our efforts to rebuild the trust with our constituents that has been compromised by the actions announced today.”

State lawmakers from Prince George’s with close ties to some of the defendants did not attend the Democratic lunch. They include Alonzo Washington, Campos’s former chief of staff; Sen. Victor R. Ramirez, a longtime mentor to and ally of Campos; and Sen. Douglas J.J. Peters, who hired Son as a liaison for the county delegation in 2015.

Washington, Ramirez and Peters did not return calls for comment on the federal probe.

Those Democrats who did attend the lunch heard speeches from U.S. Sen. Benjamin L. Cardin (D-Md.) and legislative leaders, who urged them to fight hard for progressive causes as a bulwark against a Republican-controlled Washington.

Maryland is one of the few states where Democrats control veto-proof majorities in both chambers of the legislature, although Republican Larry Hogan is governor.

The outgoing U.S. labor secretary, Thomas Perez, who is running to lead the Democratic National Committee, told lawmakers that they will be the “tip of the spear” in representing Democratic values and helping topple Republicans, including Hogan, in 2018.

“It’s one thing for this governor to say he didn’t vote for Donald Trump. We need governors in this state who will lead the fight against Donald Trump,” Perez said. “We need to make sure as Democrats that we fight back, and we fight back often, and we understand that you don’t take a spoon to a knife fight.”

But Del. Cheryl D. Glenn (D-Baltimore), who heads the Legislative Black Caucus, worried that the corruption case could damage the Democratic brand for future elections for the General Assembly and for governor.

“We have to do a much better job if we expect to take back some seats in 2018,” she said. “We have to show the people that we are serious about representing them, not just our personal agendas. When people act the wrong way and we have all these Republicans elected, it’s devastating. If we don’t take back the governorship in 2018, we’re facing redistricting, and we can lose our veto-proof majority.”

We are all very desperate for schools improvement; however, this is not enough to justify adopting a proposal which needs a further amendment for now. The fact that it has provoked such emphatic opposition from some of the stakeholders is also ample reason to review it further. Nothing is perfect and mistakes can be corrected here and there if detected early. For example, rather than taking away the bargaining roles of the unions, this can be strengthened. However, Unions themselves needs to have a strong oversight to make them accountable and to keep them transparent.  There is no need for them to take money from employees and refuse to represent them properly or not at all.

We definitely do not want this issue to drag out any further.  It will just continue to damage an already-broken system with an already terrible reputation. Mr. Baker should cut the bait, but all actors must DEMAND greater accountability and performance metrics from every level of PGCPS. An Inspector General should be appointed to address the issues heads on. It is not fair to be the toilet bowl of education in the whole state of Maryland.

Let us please dismiss the canard that more money is the solution here. PGCPS has been getting more money to educate fewer students for many years; cash cannot compensate for cultural deficits, demographic hurdles, little-to-no accountability, and families which do not show a commitment to learning. PGCPS has long been a magnet for dysfunction—and the poles must be reversed.

We are pleased to read from the Washington Post that Mrs. Jacobs and Mr. Baker are going to meet. This is a good start. It is too bad it had to get to this point for that to happen.

We disagree that the individuals in the Washington Post article represent the voices of all, majority, or minority volume of parent groups. All of us that have been following this very serious issue most certainly do not feel “betrayed”. Surprised, yes, but not “betrayed”. Mr. Baker and the County delegation in Annapolis needs our support and should move quickly to address the issues. Mr. Baker and the County delegation should also be flexible when dealing with those who support them and address the matters without any further delay. This way, Mr. Baker could avoid making the same mistakes Washington DC made during the Ms. Michelle Rhee reign from 2007 to 2010.

In addition, We wish individuals and organizations would speak ONLY for themselves when providing their individual opinions and concerns and leave “WE” out of their dialogue in this important change. (See Washington post article)

WE Prince Georges County residents, especially those of us that have kids enrolled in PGCPS, have the ability to speak and think for ourselves and hope our voices are heard now more than ever. Several organizations who benefit from dysfunctional Unions and other connected individuals to the bootless Board of Education are the ones making the loudest noise. We understand their dilemma “Shifting the roles to the County Executive office is like taking away a cake just before they eat”. The dysfunction must be addressed properly otherwise, there will be “an Arab spring right here in PG county in 2014”. Our group is monitoring and we are in touch with many grassroots individuals and organizations who will be voting in the next election. The hot potato must be handled with caution and problems fixed properly right away.

They are looking to hear from their constituents.

Prince George’s County Delegation Chair Jolene Ivey is inviting members of the public to write their suggestions and comments on a new proposal to change the county school board.

Members of the public are encouraged to send their written testimony on amendments released yesterday that would alter the membership and operations of the county board of education. Testimony should be sent to the delegation office by email at pg2@mlis.state.md.us by March 27, 2013.” You can also email us your input by email to us at reformsasscer@gmail.com. We will be talking to the elected representatives.

It takes time to clear with the General assembly once they receive your suggestions and feedback. The data has to be analyzed to make sure everything is accounted for and goes on smoothly to cover each corner. They have to get it right. Integrity supersedes speed here but we are trying, aren’t we?

Thank you for your continued engagement on our social media platforms. Keep up the pressure! 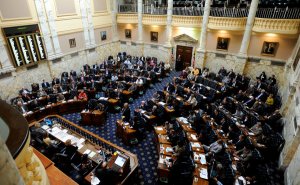 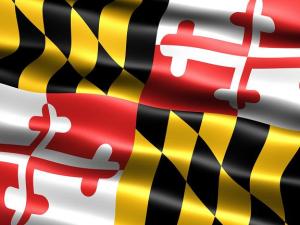