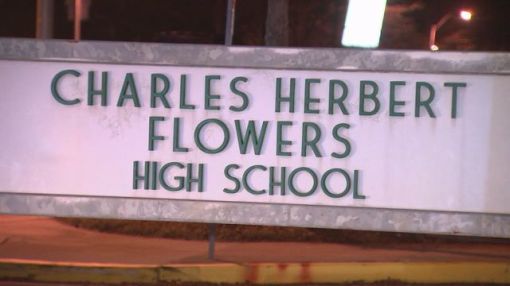 SPRINGDALE, Md. – In a 6-page letter obtained by FOX 5, a group of at least a half-dozen parents allege that coaches bullied, harassed and hazed members of the novice cheer squad at Charles Herbert Flowers High School in Prince George’s County.

The letter outlines allegations of coaches calling students profane names, mismanagement of program fees and physical retribution in the form of extra exercise for students whose parents complained about the practices.

The parents did not speak on the record with FOX 5 for fear of retribution aimed at their daughters, but they chose community activist and Maryland State Senate candidate Everett Browning to speak on their behalf.

The letter also details student complaints about being pushed to exercise to the point of absolute exhaustion.

He said when the parent complaints to coaching staff continued, the novice squad was disbanded.

“This has been going on for almost a year and unfortunately when the parents decided to stand up together, the coach decided to disband the team,” Browning said. “So instead of addressing it, they just told these girls you are no longer going to be able to come here and participate.”

Prince George’s County Public Schools spokesperson John White confirmed the school district is investigating the allegations and conducting interviews with staff and students. The principal is in the process of meeting with parents to address their concerns.

“We always want to make sure that our staff and our coaches are treating children with the same respect that they would want to receive and so we take the allegations seriously,” said White. “We have begun to interview students as well as adults in the building to find out exactly what has occurred.”

The parents are asking that the coaches be replaced, their money be accounted for and the school to guarantee their daughters can participate in cheer and be protected from harassment.

This is the statement by the four fearless and selfless school board members on the school graduation controversy in Prince Georges County Public Schools (PGCPS). It looks many whistleblowers are coming forward to substantiate their concerns after their letter to the governor requesting an investigation of PGCPS graduation rates, and the response from the CEO and other board members. Keep up the good work David Murray, Edward P. Burroughs III, Raaheela Ahmed and Juwan Blocker.

As elected school board members that represent one-third of the county’s electorate plus the student body, it is our responsibility to look into issues brought to us by our community. Over the past few months, various teachers, administrators, staff, parents, and students felt the need to come to us with concerns about graduation rates, and we did our due diligence to look into them and speak the resulting truth. After all, as we teach our kids, if you see something, say something.

We saw enough to say something confidentially to an authority that we had hoped would listen to our concerns and take them seriously. What happened as a result? Denial and retaliation. Our CEO has called our plea ‘politically-motivated’ and denies any systematic issue, and the majority of our colleagues have asked for our resignation. It’s disheartening that the board would come out with this position before thoroughly reviewing the evidence from all sides, as we did. It is this kind of dismissal that we feared would occur had we gone to local leaders first. It’s proven to be true.

If this is the backlash we, as board members and elected officials, receive for trying to speak up on an issue, we can only imagine the kinds of backlash our system employees would receive in speaking up.

We were absolutely unaware that MSDE had done an investigation on the matter earlier this year. Neither the CEO nor Board leadership informed us of it previous to yesterday evening, when it went out as a blast to school system stakeholders and the media. We now have an additional concern that this investigation was hidden from us, similar to how Head Start was hidden from us. Doubt arises on how many more investigations have occurred that the board is not aware of.

Upon review of the MSDE report, it appears that investigative findings were made without input from school-based individuals that live the day-to-day operations at our schools. Rather, the investigation was largely one-sided, led by statements from the accused – Dr. Maxwell – and his central office staff. We are asking MSDE to re-open its investigation and work with other authoritative entities, like the Maryland Attorney General, to allow a safe avenue for whistleblowers to come forward so that an even more thorough and objective investigation can occur.

We are all recent graduates of our system; we care deeply about it. It is this passion that drove us to serve on the School Board in the first place, and it is with this determination that we work to ensure a quality, honest, and ethical education for all our students. Let’s be clear: legitimate student success is worth every ounce of celebration, but if a school’s math proficiency on standardized testing is in the single digits when graduation rates are over 90%, then what are we really celebrating? As representatives of the community, we have a responsibility to be transparent about where we are and work to right the wrongs; we have a responsibility to do what’s right and speak truth to power. We understand there is a price to pay when exposing wrongdoing – and we are prepared to pay that price. That’s our commitment to PGCPS.

Like Loading...
Posted by sasscer. Categories: Public Education, Statement by the four fearless and selfless school board members on the school graduation controversy in PGCPS.. Tags: County, PGCPS, USA. Leave a comment 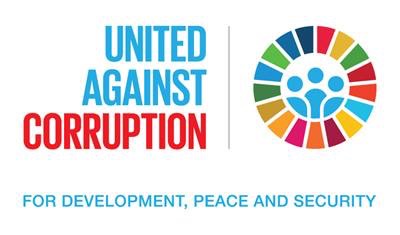 9 December 2016 – Today is the International Anti-Corruption Day, with UNODC and the United Nations Development Programme (UNDP) calling for people across the globe to join a worldwide campaign to raise awareness about corruption and encouraging people from all walks of life to take action against this crime. The slogan ‘United against corruption, for development, peace and security’ urges Governments, the private sector, and the general public to jointly tackle this issue by changing their attitudes and taking action against the problem.

The campaign focuses on how corruption is an impediment to achieving the Sustainable Development Goals, which aim to promote safe societies, end poverty, protect the planet, and ensure prosperity for all, among others.

Corruption affects all parts of society, including government, religious institutions, businesses, charities and the media. Today 9 December 2016, International Anti-corruption Day is a good opportunity not only to denounce dishonesty but also to take positive action.#UnitedAgainstCorruption 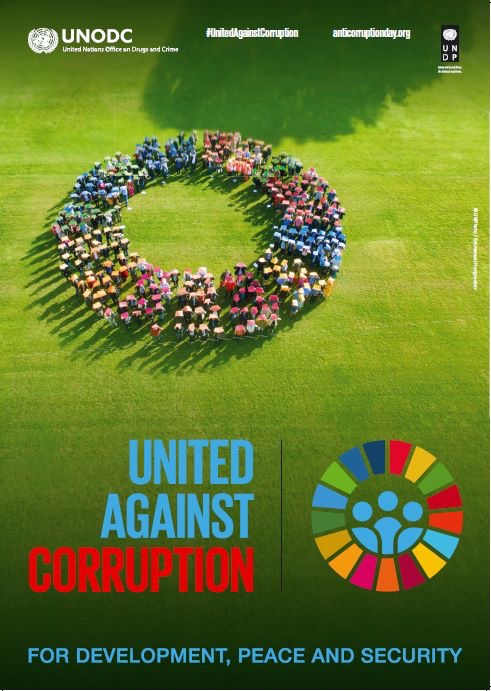 What that means for Maryland Democrats…..

Sen. Ulysses Currie  (Seen here). In 2012, The ethics panel urged Maryland senators to strip Sen. Ulysses Currie of all but one committee assignment and to bar him from any role in House-Senate negotiations to resolve differences over bills due to his rampant corruption which became too much until he got arrested by the FBI.

When Larry Stafford heard that Sen. Ulysses Currie was retiring and Currie’s wife was being floated as his replacement, the political activist thought: “Here we go again.”

Earlier this year, after the death of Del. James E. Proctor Jr. (D-Prince George’s), the county Democratic Committee nominated Proctor’s wife as his successor, urged on by Senate President Thomas V. Mike Miller Jr. (D-Calvert). Stafford figured the same would happen with Shirley Gravely-Currie, 66, who appeared to have the support of Miller, Del. Dereck E. Davis (D-Prince George’s) and most of the county Senate delegation. And he wasn’t happy about it.

This time, the central committee apparently agreed. Its members were bitterly divided over whether to support Gravely-Currie or one of three other interested candidates: former delegate Melony G. Griffith and Dels. Darryl Barnes and Angela M. Angel, both of District 25. They would be expected to run for a full four-year term in 2018 if chosen for the seat.

On Tuesday, after weeks of acrimonious indecision, Ulysses Currie (D-Prince George’s) rescinded his resignation, saying he would rather stay in office an additional two years than have the committee appoint someone who would have a political advantage two years from now.

The unusual sequence of events illustrates the growing willingness of Maryland Democrats to challenge their party’s establishment, and the impact of that change on county politics.

For decades, when a statehouse seat became vacant, committee members from the affected county received phone calls from their state senators, telling them who they should nominate as a replacement. And support that person they did.

But when Currie announced his intent to step down after a 30-year career, Prince George’s committee members balked. It was the latest instance in which they have proven to be political upstarts, adamant about making their own decisions and questioning local Democratic leaders.

In September, the committee went against the will of most senators and voted not to endorse a position on ballot Question D, which asked voters to add two at-large seats to the nine-member County Council. The referendum, which was approved by the council and supported by party leaders, passed by a substantial margin on Election Day.

The committee members, elected two years ago, share some similarities with the freshman class in the Maryland House of Delegates, who have pushed back against the Democratic legislative leadership on issues ranging from which bills to support to who should take the lead in challenging Gov. Larry Hogan (R).

Despite a push from the majority of the senators who represent Prince George’s, many committee members wanted to fill Currie’s seat with someone other than his wife. Two people familiar with the process said Gravely-Currie was running third among the four candidates under consideration.

One Democratic state senator, who spoke on the condition of anonymity in order to discuss party business, said, “There’s been a little bit of a change in the times.” The senator suggested that vacancies should be filled with special elections, rather than appointments.

Queen-Howard and others said they were frustrated by Currie’s decision to rescind his resignation and worried about whether the veteran lawmaker, whose health is declining and who has rarely spoken in public in recent months, will be able to finish the rest of the term.

When he announced his plans to resign, Currie, 79, cited his health challenges in a letter to Miller and said he “can no longer serve with the strength and energy you all deserve.”

“Everybody knows his health is failing,” Queen-Howard said. “I’m disappointed because I really wanted my senator to leave with respect and dignity. At this point, I don’t think that’s going to happen.”

Stafford said he is proud that the committee took an anti-establishment stand rather than rubber stamping a vote for “the political favorite.”

“Maybe this signals a decline of a certain era of Prince George’s County politics,” he said.

In his first public appearance before the Prince George’s County Council, Schools Chief Executive Officer Kevin Maxwell said Tuesday that he is evaluating the district’s specialty programs, surveying underutilized schools and analyzing how grades are distributed in schools.

Maxwell said the district, which has experienced a drop in enrollment over the last several years, has a number of schools that are under capacity, and “there is some question of whether they should be closed.” >>> Read More Washington Post

School consolidation either fixes budget shortfalls and creates great schools or destroys a sense of community and adversely impacts local economies. An examination of the pros and cons reveals that each argument has it strengths and weaknesses. The issue of money and what makes a great school cuts both ways in the school consolidation discussion. We hope the agenda in Prince George’s County public school is not to sell any of them but to preserve as many as possible incase parents who have left with their children decide to come back. Closer examination sorts out the thrust of the pros and cons of consolidation.
1.      Education Quality