The Prince George’s County Executive Rushern Baker III is buying a new building for his office, and it could mean a big transition for a central part of the county’s government. The idea is suprising as the County is said not to have money. Bureau Chief Tracee Wilkins reports, the move has people wondering about the future of the county’s seat. (Published Friday, Jul 10, 2015)

A new multimillion-dollar building in Largo, Maryland, for the Prince George’s County Executive’s office could mean a major move for part of the county government.

Details are still being worked out, but the possible move has some folks wondering about the future of the county seat, which has been in Upper Marlboro since its founding in 1696. But Upper Marlboro is considered somewhat remote and hard to get to, which is why the county government has slowly moved to Largo since County Executive Rushern Baker took office.

Largo is right off the Beltway and in the center of the county. The county has been buying property in that area – most recently 1301 McCormick Drive, purchased for $21.7 million. Sources close to the purchase say it was bought to be the new home of the County Executive’s Office and the County Council.

The County Council withheld the $12 million needed to actually move those offices. Some council members aren’t clear on why that particular location will benefit workers and residents, sources say.
Meanwhile, Upper Marlboro’s Main Street business owners, who depend on those county workers, are concerned. 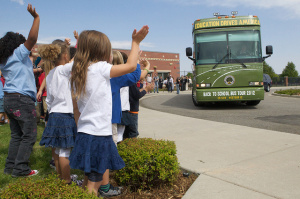 Every person in Prince George’s County wants corruption eradicated everywhere including the county schools. Even after previous county Executive Jack Johnson went to jail, problems continues to rigor in several aspects.  We argue County Executive Rushern Baker to remain resolute to combat corruption in PG County government and within the school system as promised.  Adopting a zero tolerance is the only policy to restore public confidence in addition to the deployment of technology to tackle the tricksters after the passage of PG Bill 410

Cutting edge technology will give us the upper hand to combat the cancer that is corruption at all levels in County government including schools. People are sick to death of it and now demand change. Half-hearted gestures are not enough. Real action is required with zero tolerance. This is what we ask. This is what we demand of our local government.

The Police, the judiciary, procurement of government tenders and taxation are a den of corruption which must be tackled with highest level of urgency. There must be open and fair competition of tenders etc. The process must be transparent and traceable including our school system. Prince George’s County is going to lead the way to reform and reparation were necessary.

The Police are the law NOT above it. The same goes for every other civil servant in the County.

“Without this, action to combat corruption at county level will be flawed and progress on the issues of the 21st century will be hostage to the many and burgeoning forces of corruption,” Let us work together and continue to demand proper changes and the right policies. Leaders who are tainted must go on their own. Those who have taken what is not theirs must return.  We have had enough. Enough is enough. Let us keep our leaders honest by demanding for the right answers.