HYATTSVILLE, Md.  (FOX 5 DC)  – The principal of New Hope Academy in Hyattsville is apologizing after she says she used the n-word during a Black History assembly last week in front of a group of students.

Principal Joy Morrow said in a press release obtained by FOX 5 Tuesday, the school was scheduled to host its annual Black History assembly last Thursday when 40 minutes before its start the keynote speaker canceled.

That’s when she says she offered to recreate a talk she gave 25 years ago on “What Dr. Martin Luther King’s teaching meant in my life.”

Morrow, who grew up in Dubuque, Iowa, said she prefaced her talk with students in the sixth through 12th grades by drawing them closer, and explaining to them that she would “be giving them a testimony of how God worked in my life, through Dr. King’s teachings.”

She says she told the students she was going to use the n-word in her talk, which would explain what she experienced as a child who grew up in an “all white, racist community” in Iowa.

In her talk, Morrow says in Dubuque, “they were still burning crosses in the 1970s.” She says she explained to the students the language that was used during that time to “engender fear, hatred, and loathing of African Americans.”

Morrow says during this point in her talk she used the n-word “to explain what was said to me as a child, and the emotional fear it engendered. I talked about how such language is used to transmit hate to a young child.”

In hindsight, Morrow says “the n-word instead acted to distract some of the children rather than impacting the students to understand the negative power this word had on shaping a young child. For this reason and others, I regret using it.”

After the assembly, Morrow says it became clear that some of the children were troubled by her use of the n-word, despite the context she says it was used in.

The academy has since gathered groups and had sessions with both students and teachers, according to Morrow.

She says in each session, she “sincerely apologized that my use of the word made them feel disrespected, and detracted from the message I was trying to convey.”

FOX 5 spoke with the students about their thoughts on the controversy. Many did not want to go on camera.

“She shouldn’t have said it but I feel like it also got blown out of proportion at the same time,” said Josiah Faison.

“It involves dialoguing, I think, with the black community, because there are educators that teach these topics all the time,” said Reed. “We miss an opportunity to take young people and teach them lessons from the past to build a better, stronger future.” 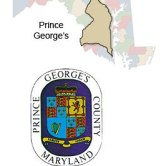