PRINCE GEORGE’S COUNTY, Md. – Several Prince George’s County school board members are calling for a state investigation into what they call “widespread systemic corruption” in the school district.

“Specifically, the altering of student credit counts and the changing (of) student grades in order to fraudulently boost the high school graduation rate from school year 2014 to present,” reads to the letter sent to Maryland Gov. Larry Hogan.

The letter, signed by board members Edward Burroughs, David Murray, Raaheela Ahmed and student member Juwan Blocker, goes on to say that whistleblowers at almost every level in Prince George’s County Public Schools “have clear and convincing evidence that PGCPS has graduated hundreds of students who did not meet the Maryland State Department of Education graduation requirements.”

Raising graduation rates has been a top priority for PGCPS CEO Dr. Kevin Maxwell. The district celebrated significant gains earlier this year with more than 81 percent of seniors graduating in 2016, the highest number since 2010.

FOX 5 has spoken to multiple school employees who say there is pressure to graduate students regardless of whether they have earned a diploma. The employees, who work at different high schools, spoke to us on the condition of anonymity for fear of retaliation.

“They are banking everything on graduation rates and things of that nature,” one teacher said. “So there is incredible pressure coming from the central office onto all of the principals at all the schools to push kids through whether they really earned the credits or not.”

“The allegations are very concerning and they have been forwarded to the Maryland State Department of Education,” said Amelia Chasse, a spokeswoman for Hogan, in an email.

Stay with FOX 5 for our full investigation.

Read more >>>> Let us demand a Federal investigations without further delays.  No one should be given a free pass after bribery to the public officials in Maryland and elsewhere to have cases dismissed in an organized schemes. There is no need to engage in ‘fraudulent’ graduation rates while deceiving the public and depriving poor kids of their future. We deserve transparency, accountability and truth. We must stand with students who deserve a quality education. Call your elected representatives and the media. Enough is Enough. 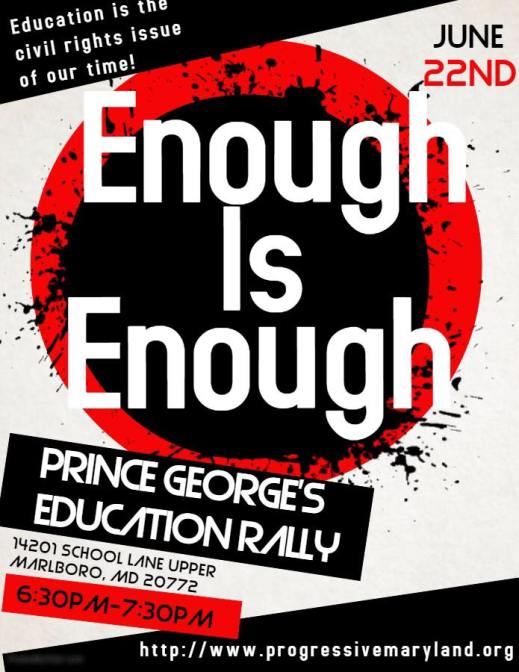