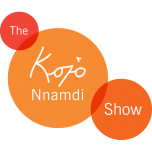 Today at noon, the Kojo Nnamdi Show (WAMU 88.5) will discuss the topic, “Is partisan politics poisoning Prince George’s School Board?” This will be one of two segments during the mid day hour. Dave Cahn, an activist known to speak his mind and the co-leader of Citizens for an Elected Board, and Cheryl Landis, school board candidate and chair of the Prince George’s County Democratic Central Committee, are the invited guests. The call-in number for the show is 1-800-433-8850.

Maryland requires that school board elections in the Old Line State be non-partisan contests. But a new state law allows the executive in Prince George’s County to appoint officials to the board here, and one recent candidate with party connections boasted about it on the campaign trail recently we hear. Now a group of activists are demanding a return to a fully elected board of non-partisan officials. Kojo explores the role partisan politics plays in local school board races and what’s at stake in the debate in Prince George’s. In the middle of this, we have unions which are powerless to help with the situation except to collect money from its members without providing the necessary benefits.