The Prince George’s County school system — operating under a new governance structure for the past six months — has hired a new superintendent, gained six new school board members and is pushing forward with plans to reinvent itself, according to a new report submitted to state lawmakers.

Following last year’s overhaul initiated by County Executive Rushern L. Baker III (D), the county schools now plan to reestablish a parent and community advisory council to increase parent engagement, hire a board liaison to work with the community and the administration, and work with the county government to create a legislative agenda and reduce spending. >>> Read more Washington Post 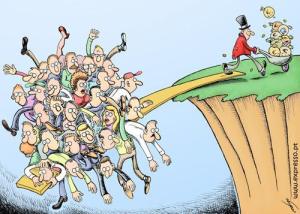 Think about the children that moan and groan about getting up for school in the morning. Now, think about this: there are children from around the world that daily risk their lives, just so they can get an education. They walk miles after miles, climb rope bridges and even zip line to get to class, all to do something that countless American students have handed to them on a platter. 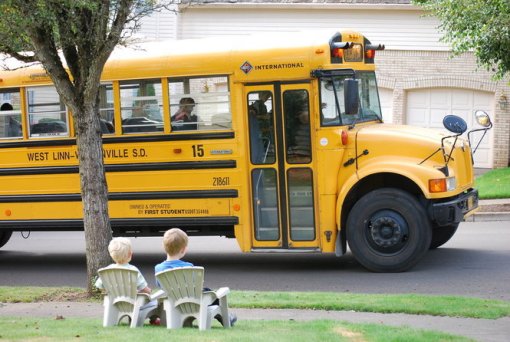 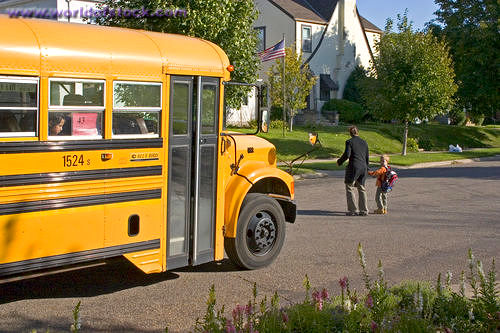 This will make waiting at the bus stop look easy.

There used to be a reliable bridge near Batu Busuk village in Sumatra, Indonesia, that children could use to get to school.

When bridges collapse from flooding or age, they must tightrope walk across them like these children are doing from Sanghiang Tanjung village. 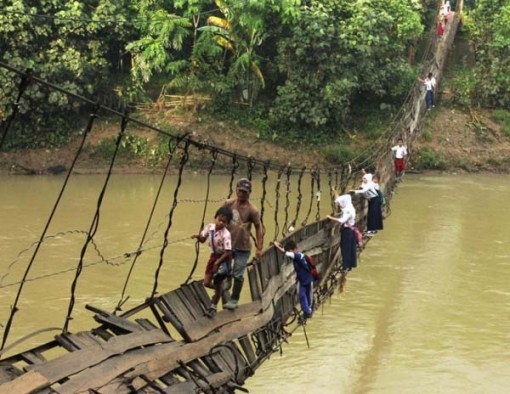 There are children in Colombia who have to zip line 430 yards above the ground, just to get to school.

There are countless countries around the world where children are risking their lives every day, just to get an education. These students from the Philippines ride an inflated tube to school over flooded rivers. 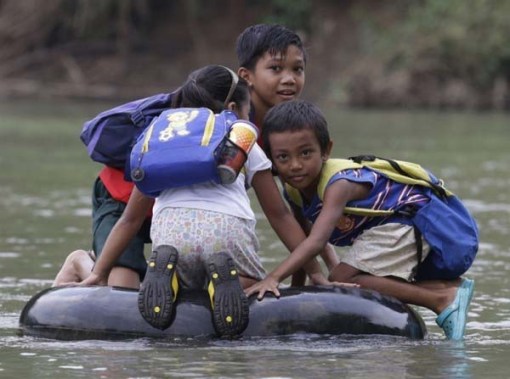 What you see here is a child cautiously walking over planks put on top of aqueducts. 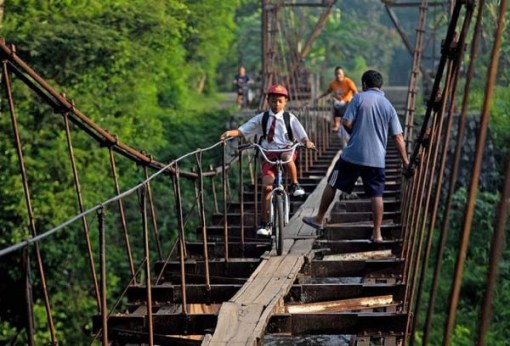 Someday, governments and other organizations may help children like these get to school.

But for now, they are left to their own devices to get something they know they so desperately need.

These boys from Vietnam don’t even have flotation devices like the boys in the Philippines. They literally have to swim against currents to get to school.

An education can be life-changing, not only for children in third world countries but for also kids you may know yourself. Never underestimate what one can do.
Sources: Various including visual news
### 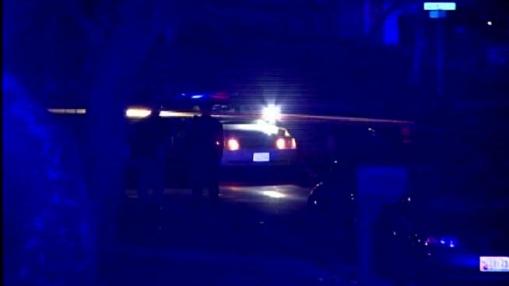 Officers arrived in the 11700 block of North Marlton Avenue shortly after midnight and found Rashad Andre Pinkney, 19, of Capitol Heights, Md., shot. Pinkney was taken to the hospital, where he died.

Police said officers had been in the area about an hour earlier for reports of gunshots and discovered hundreds of partygoers from a house part in the 11800 block of North Marlton Avenue out in the street.

According to NBC 4 News crew, an  officer who was attempting to control the house party scene was assaulted by a 17-year old. As the officer tried to arrest her, she pushed the officer, breaking his leg and twisting his ankle.

The suspect is facing assault charges.

COLLEGE PARK – Danny Lamont Jones seems like an average high schooler. He goes to class, and comes home and writes music when he can’t focus on his homework.

But for much of his high school career Jones, 18, wasn’t living like an average student. He attended four different high schools as he moved in and out of homes and shelters in Baltimore city. When he turned 12, he said, he moved into a shelter in for homeless teenagers.

“I had to make me own way from there,” said Jones, who now lives with his uncle.

Jones is one of thousands of students in Maryland who have experienced homelessness. The number of K-12 students identifying as homeless in U.S. public schools hit a record high 1.2 million during the 2011-2012 school year, according to the U.S. Department of Education. >>> Read More Capital News Service 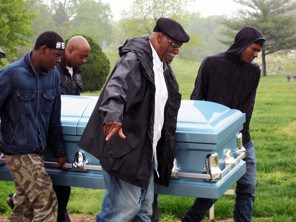 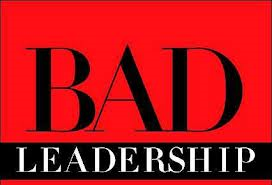 Baltimore County Superintendent Dallas Dance should have sought the school  board’s approval before taking a consulting job with a company that had a  contract with the system, board President Lawrence Schmidt said Tuesday  night.

Schmidt said in a statement that the board has directed Dance to let members  know in advance of any proposed consulting work in the future.

The board has reviewed Dance’s contract and the school system’s ethics policy  and has found that “there is no indication that Dr. Dance’s performance as  superintendent was in any way adversely impacted” by the consulting, according  to Schmidt.

The board spoke with Dance at a closed-door meeting Tuesday about his  part-time job with SUPES Academy, an Illinois-based company that provides  training for administrators.

Coming from the TOP school official, this looks real bad for Maryland State Board of Education and Mr. Dallas Dance. If he skirts the rules, who is to say what other unethical endeavors has he taken on.

This clearly is a slap in the face of the board who hired him, who was too young to lead Maryland teachers and implement his new Common Core philosophy. Many of the parents we spoke with are ashamed and embarrassed to live in Maryland more and more. The ignorance at every level of Maryland is really starting to show by allowing people unqualified to lead, hire, re hire and expand. Entitlement has gotten Maryland into a world of stupidity on a national level and showed America which state is most dependent on federal Government to maintain lifestyles.

No chief executive in the private sector would be allowed to do this. Donating 2/3 of the compensation does not mitigate the conflict of interest here.  Either Superintendent Dance gives up the employment with the company or the company gives up its contract with Baltimore County.  End of discussion.

The funny thing is that, teachers can’t tutor a student in their building for pay, even if that teacher doesn’t teach that student in any regular class.

So a teacher can’t pick up an extra $25 an hour for legitimate educational work, but the superintendent can take tens of thousands of dollars from a company that paid nearly a million dollars in taxpayer money?

Call your elected officials now and the media. Demand investigations and initiation of changes… There is no smoke without fire!! 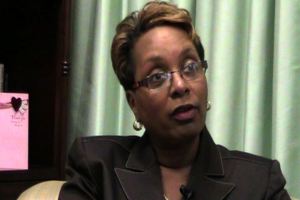 Superintendent Dallas Dance quit a consulting job Saturday amid questions  over the propriety of his work for a company that does business with the  Baltimore County school system. 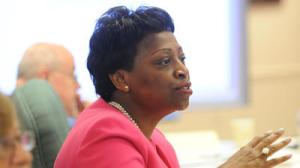 Acknowledging that scores on a national reading test may have been inflated, Maryland education officials changed course this week, saying they will work harder to reduce the number of special education students excluded from taking the test.

State school Superintendent Lillian M. Lowery said she would discuss the issue with local superintendents, testing directors and special education supervisors across the state in the coming year, putting more pressure on the local school districts to limit the practice. Recently released memos also show that state Department of Education officials have encouraged school systems over the years to include more children on the national test.

“I am concerned about people having a good baseline of information on how we as a state are performing,” Lowery said.

Call your elected officials now and the media. Demand investigations and initiation of changes… There is no smoke without fire!!

…in new ranking under poor leadership.

By The Associated Press
October 24, 2013 – 05:30 am
ANNAPOLIS, Md. (AP) – While Maryland’s school system has had the top spot in a  publication’s annual ranking of the nation’s schools for five years in a row,  the state is far from the top of a new report comparing eighth-graders in the  United States with other states and 38 other countries.
Massachusetts was the only state to score in a top rating in math in the study  being released Thursday by the U.S. Education Department’s National Center for  Education Statistics. Only eight -states – Maine, Massachusetts, Minnesota,  Montana, New Hampshire, North Dakota, Vermont and Wisconsin – scored in a top  rating for science. 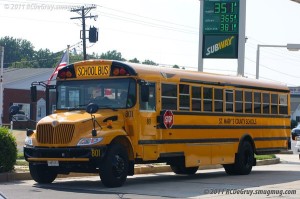