Days after Douglas Brooks was gunned down on Parkway Terrace Dr., Prince George’s police returned to the Suitland neighborhood to remind the community that a killer is still out there.Brooks, who went by the stage name “Swipey”, was found with multiple gunshot wounds; not far from his mother’s apartment. He previously went to prince George’s County public schools.

Two men have been arrested in connection with the death of an 18-year-old up-and-coming rapper in Suitland, Maryland. Police believe there may be additional suspects. We previously covered his story here after he was shot.

According to NBC4 News, Diante Brewer, 19, of Southwest Washington and Deshawn Watkins, 18, of Southeast Washington have been charged with the death of Douglas Brooks, 18.

Brooks, who was better known as “Swipey,” was found fatally shot outside an apartment complex Aug. 21. 2016.

Police believe Brewer and Watkins intended to rob Brooks and others who were attending a party at the apartment complex. Police believe there may be additional suspects.

“I’m dying inside. I’m dying right with him,” Freda Brooks, Douglas’ mother, said. “He was a smart boy. I didn’t want him to be no rapper.”

Freda Brooks said Douglas Brooks graduated high school at 16 years old and was at the top of his class. She said music is what he loved and what he chose to purse instead of accepting a college scholarship to Morgan State University.

“He made his own mark, made his own name,” she said. “He took his money allowance, everything, for studio time and did what he had to do.”

Redz recalled how the teen impressed him in the short time he knew him.

“He performed and he shook every kid’s hand and he took every picture and that’s what the kids remember,” Redz said. “He took his stardom and he used it in a positive way to say ‘Hey kids, I’m from where you are.'”

Anyone with information about this case is asked to call the Prince George’s County Police Department’s Homicide Unit at 301-772-4925. Callers wishing to remain anonymous may call Crime Solvers at 1-866-411-TIPS (8477), text, “PGPD plus your message” to CRIMES (274637) on your cell phone or go to www.pgpolice.org and submit a tip online. 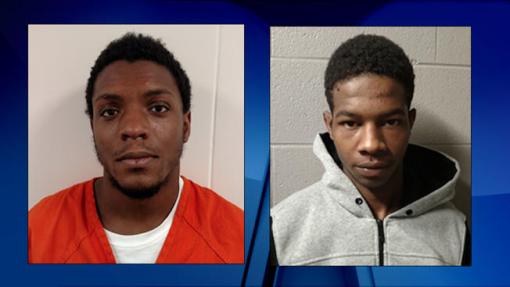 Diante Brewer, 19, of Southwest Washington and Deshawn Watkins, 18, of Southeast Washington have been charged with the death of Douglas Brooks, 18.