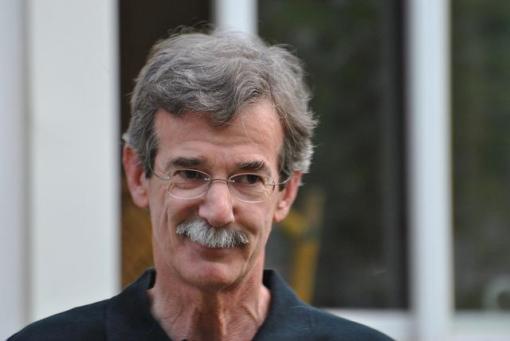 For close to Seven years now, this blog has persistently pleaded, cautioned, cajoled, criticized and attacked the Prince George’s county, Prince George’s County Public Schools (PGCPS), Maryland agencies engaged in serious violation of Federal law willfully starting with Maryland Attorney General Mr. Brian Frosh and other personnel involved in many aspects including Maryland gubernatorial candidate Rushern Baker III. This is because the Maryland Office of the Attorney General — together with the other agency apparatus and the Executive — are the most likely institutions to lead us into conflict, crisis and chaos.

Why? Because elections all over the world and especially in Maryland and Prince George’s County in particular are not just about the policy direction the state and the county will take for the next five years.

No, with our winner-take-all systems, now without any modification in a one party county here in Prince George’s county, our elections are about inclusion, identity, and about patronage and possibilities for enrichment and corruption.

Today, they are about the impossibility of peacefully changing leadership, something that is intrinsic to the development of nationhood and belonging where politics is ethnically engineered.

Crucially, elections in Prince George’s County and in Maryland at this particular moment are also about encouraging creeping dictatorship, advancement in corruption cover ups or embracing freedom and democracy.

If those who feel excluded from power believe that elections can never, and will never, be fair enough for them to get the leadership they want, and if elections remain shrouded in opacity and confusion, this will only raise the stakes for issues like secession to other counties, people power or other forms of resistance that can hurt this state and county seriously as citizens migrates to other counties and states. That’s why we must screen and recommend leaders who have the proper capacity to move us forward during the 2018 election cycle. We must raise money and print fliers endorsing the “peoples candidates” to endorse them during the ballot in 2018.

Already, the blood of the 230 people killed in the D.C. region during 2017 related violence so far, if we include Three girls under the age of 10 were killed inside of a home in Clinton, is on the hands of an adult, whether they pulled the trigger personally or not. It was individual actions driven by bad actions and omissions, and the county’s lack of resolve to address domestic violence to sacrifice its independence to achieve a particular result that led to these deaths. Click here to review crime data in Maryland.

And the cost to the economy will continue to rise fast, not just from what the rising crime but from the anxiety that the tensions bring onto it. Some think that a quick election in 2018 without screening new leadership, even if disputed, can resolve some of the socio – economic woes the county faces, as it has seemingly done in the past, but we may have run out of our good luck charms on this.

What is most infuriating about all this is that it is actually easier to run a transparent and fair election than to run one that is opaque and with predetermined results as Maryland has always done.

And it is this opaqueness that is the source of confusion at the Prince George’s County which is the epicenter of crime and the trigger to the chaos in Maryland of the many of the problems we are witnessing and which will certainly increase.

Transparency demands that Prince George’s County and Maryland should have hired an inspector General and the Governor should reign in on Maryland Attorney General Mr. Brian Frosh many months before we start voting, and as the counting and tallying will be going, this time we will need proper observers to monitor the ballots and quash an corruption heads on.

Authoritative sources led by Delegate Kathy Szeliga say that the Maryland Attorney General is involved in misconduct in several ways after he was given more powers to sue the President Trump administration.  In addition, AG Frosh has been advancing discrimination, racism  and retaliation in Maryland to the detriment of Maryland citizens. We must demand accountability and transparency on these issues.

There can only be one reason for this obstinacy and willingness to subvert the rule of law in many ways in Maryland.

The thing about computers and the internet is that evil doers always leave traces of their work even if they delete it, and it seems that this must never be known. Could it be that this will shatter the myth and destroy the fake news and advancement in public corruption in which the cover ups have become the order of the day? What about the pay off of lawyers hired by staff to represent them in courts of law and they have been compromised in broad day light? Where else can the citizens in the county get justice?

There is no question that, AG Frosh is a leftist activist that needs to be replaced as an attorney general needs to be above reproach and fair minded concerning law. At the moment, Frosh is not. All too often in recent years we have seen attorney general Frosh sit on the sidelines in the face of mounting evidence of government corruption after evidence was presented.

AG Frosh the state’s top law enforcement official, has been glued to the sidelines in many cases, often silent as evidence is shared with his office in order to review and prosecute corruption cases. One could argue that journalists, watchdog groups and rank-and-file citizens with far fewer resources than the Maryland attorney general’s office have done more to expose public corruption in the years since Mr. Brian Frosh was elected.

But he is compromised. Mr. Frosh is incomplete. He cannot maximize the role of Maryland attorney general, as others have across the country, because he, his family, his supporters and his brand are interwoven with the fabric of clout that envelops this state. There is no way, or no willingness on his part, to pluck apart the fibers

According to John Strauss , “As the Attorney General of the State of Maryland, I have not heard of one item he has accomplished to reduce crime or dishonesty in the State. I thought that is what his job all about. I believe there is enough for him to do to clean up the democratic dirt laying around the State. Look around Frosh and in the mirror.”

For now, the State of Maryland needs a new Attorney General who does not engage in public corruption issues and cover ups. Joshua R. Leuschner  stated clearly that.. “Frosh needs to step down… I can’t believe Maryland voted for that so-called “Constitutional Cleanup…”  , no matter what, echoing many Maryland citizen’s position, the AG has never contradicted criminals involved in white collar crimes with some in Prince George’s and Montgomery Counties etc, which makes his independence questionable. The state of Maryland may well hold something that they will want to call elections with corrupt leadership trying to run again for this position and others, but the crisis will not go away. Importantly, Mr Brian Frosh will not get the legitimacy he craves, and his may well never live this down.