CAPITOL HEIGHTS, Md. – Six people were shot overnight in Capitol Heights, Maryland, and police say two of the victims have died. In addition, a man suspected to have stolen a car (Chrysler) from an open drug market in the same vicinity of the Washington DC /Prince George’s county border, drove a car at a high speed crashing into incoming traffic at around 3:15pm. At around 8:35pm on Saturday night, the police were still investigating the accident. (See photos below).

The Chrysler rotated and then hit the front end of an SUV, which had pulled from a parking space in the westbound lanes. It then flipped over onto its roof and hit a Pepco pole near the intersection of Division Avenue. The driver of this vehicle fled the scene but was apprehended a short time later.

The Honda rotated clockwise and hit two parked cars. The driver, Kim Moore, 50, of Bladensburg, Maryland, was transported to a local hospital where she later died.

Five others were injured in the accident, including two children. They all had serious but non-life-threatening injuries, police said.

The suspect is currently charged with leaving after colliding but police are still investigating to see if any other charges will be brought against the suspect.

Later, Prince George’s County police say around 2:45 am Sunday, officers were called to the 6800 block of Walker Mill Road in Capitol Heights. Once on the scene, they discovered that six people had been shot.

Reform Sasscer Movement spoke to younger men who were around the scene of the accident and they said they were students of Prince George’s county public schools (PGCPS) and were unsupervised. They told this reporter of drug problems in the area.

Two of those victims have died, and police say one of the deceased victims is a teenage boy from PGCPS.

Detectives are currently working to identify a suspect or suspects and motive for the shootings, and they’re asking for help from the public. If you have information about the shootings, please call 1-866-411-TIPS. A reward of up to $25,000 is being offered. 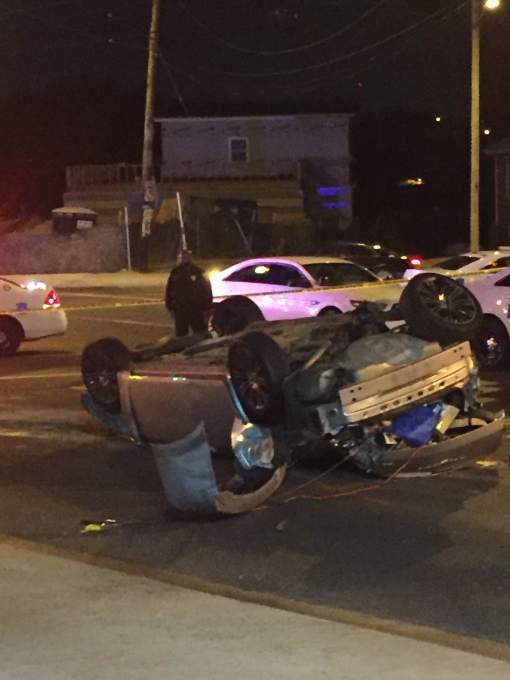