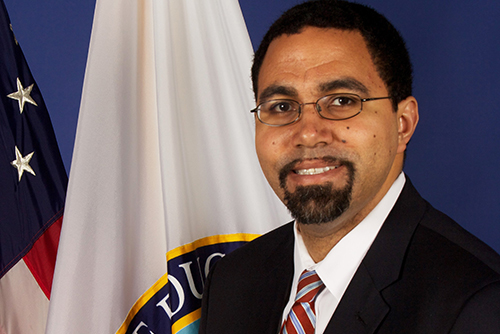 John King, who stepped in as education secretary Jan. 1, spent his free time in college designing curriculum modules on Puerto Rican history. As New York state’s education commissioner, he came under withering criticism for aggressive reforms that many teachers and parents said steamrolled their concerns.

John King awards $245M to charters incl $8M to the Uncommon Schools charter chain, a chain he previously ran that is known for outrageously high suspension rates. Jersey Jazzman called him the King of Student Suspensions. (His own children never attended a no-excuses charter school; when he lived in New York, they were enrolled in a Montessori school.)

Research accumulates that charters don’t necessarily outperform public schools. That they drain resources from public schools, thus harming the great majority of children who attend public schools. That they fail to be accountable or transparent. That their sponsors and advocates are funded by billionaires and hedge fund managers. That even the best of them, according to a new study by Dobbie and Fryer, have no long-term effects. That they open and close with alarming frequency. That many are abject failures.

Yet John King is using his brief tenure to hand over hundreds of millions to continue the Public School Demolition Derby.