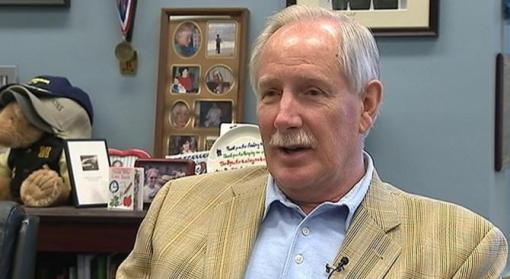 One person with Prince George’s County Schools (PGCPS) is out of a job, and some say others like CEO Kevin Maxwell need to join them.

On Tuesday, WUSA9 obtained an email that seemed to suggest members of CEO Kevin Maxwell’s staff successfully lobbied to hide information related to a federal investigation of the county’s Head Start program.

Less than twenty-four hours after denying any wrongdoing Maxwell, asked for the resignation of the email’s author – his chief of staff George Margolies.

“We’re failing,” Muse said. “One incident after another, every time you turn around, and the response is the same: ‘We don’t know anything about it.'”

Muse represents the southern part of Prince George’s County and he says the school system – Maxwell, specifically – is failing the families he represents.

“I think [Maxwell] should resign.”

The father of a child allegedly sexually abused by a bus aide at James Ryder Randall Elementary, in an incident unrelated to the federal investigations of Head Start, says the latest information makes him ever less confident in Maxwell’s ability to do his job.

When asked if he had any faith in the school system, the father said, “No. Not at this point, until the CEO steps down.”