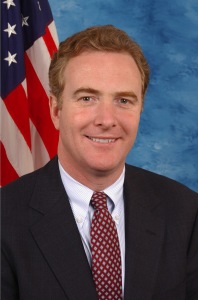 County Executive Rushern Baker III and the County Council may find themselves at odds once again.

Baker announced last Wednesday he has endorsed Congressman Chris Van Hollen (D-8) for the U.S. Senate in the upcoming 2016 election, but some members of the County Council have chosen to go a different route and elected to endorse Donna Edwards (D-4).

Baker said he chose to endorse Van Hollen rather than Edwards, a Prince George’s County representative and native, because of their experience working together in the state legislature. The two have a history of working together, he said, and “rolling up [their] sleeves” on difficult issues.

“That’s the type of relationship I’ve had with Senator (Barbara) Mikulski. I know that Chris, going over to the Senate, will do that,” Baker said. “It was an easy decision in this respect. I don’t just know him as a name or as a congressman—I know him personally and I know the working relationship.”

Edwards thanked the council members for their support and said she looks forward to working with them at the Senate level.

“I am thrilled to stand with my partners on the Prince George’s County Council,” Edwards said. “Together, we have worked tirelessly to improve education, expand economic development, and stand up for our seniors. I thank them for their support, and look forward to continue working with them in the United States Senate.”

Mel Franklin, Chairman of the Prince George’s County Council, said he will stand with Edwards as works to stand in Senator Mikulski’s “trailblazing” shoes in her senate seat.

“Donna’s experiences and values have made her who she is today, a principled, progressive fighter with a unique, proven record of improving the lives of working families,” Franklin said. “That is what she has done in Prince George’s County, and that is what she will do for all Marylanders.”

Van Hollen said he is happy to have the support of Baker, as well as Montgomery County Executive Ike Leggett who also attended the press conference where Baker made his announcement.

Van Hollen represents Congressional District 8, which used to include part of Prince George’s County as recently as 2013. In Congress, Van Hollen said he has done his best to give citizens the best opportunities to “live the American dream.”