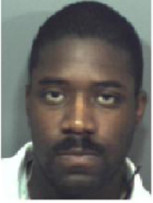 Riverdale resident and PGCPS Employee at Glenn Dale Elementary School  Jason Jamar Howard, 30, has been arrested by Prince George’s County police (PGPD) and charged with sexually abusing a student at the school.

Based on preliminary investigations—including notification from the victim’s parents—police believe that Howard sexually abused a child at Glenn Dale Elementary on April 17.

According to the charging documents, the confession stemmed from an  incident Wednesday in which a teacher saw Howard sit next to the child,  reach his hand  up the girl’s skirt and put his hand inside her underwear.

The teacher notified the principal of the incident. The child then told her parents, who contacted police.

Once arrested, Howard, an aide at the school, told police he had fondled the student about 10 to 15 times during the current and last school years, according to charging documents.~~> (Read more –Washingtonpost)  (NBC-News) ( Bowie-Patch) (WUSA9) (Gazzette) (PGPD)

Persons with information about Howard or this case are asked to call the PGPD Children and Vulnerable Adult unit at 301-772-4930. Callers wishing to remain anonymous may call Crime Solvers at 1-866-411-TIPS (8477), text “PGPD plus your message” to CRIMES (274637) on your cell phone or go to PG Police website  and submit a tip online.