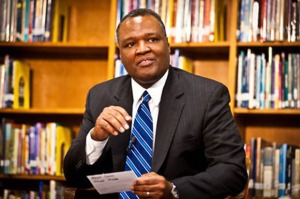 We appreciate the proposal by the County Executive Baker to take charge of the Prince George’s County Public Schools (PGCPS) school District.  Most of the opposition to a drastic change of direction for the school system is motivated by person’s own political/financial welfare; people’s opposition is based on some current power/position they currently have. For example Board of Education statement led by Ms. Verjeana Jacobs was not sincere given what they have done in the last eight (8) years.  (See the statement here)   In any event, a lot of people don’t have the children of this country’s best interest at heart.

How could anybody say that they are happy with being the toilet bowl of education in the whole state of Maryland?

Something needs to change!! This is not a money problem. The problems that we face are derivative of lack of vision, leadership, and direction. With the revolving superintendents and the high school-educated community activist school board, the schools do not have a chance. Proof is in the pudding!  The Washington post was right on their article (Read it here). This article calls Baker’s tactics ruthless and cold blooded.  Maybe So!  But guess what!  That unwillingness to compromise and/or tolerate the school system’s inadequacies is needed!  We think it’s ruthless and cold blooded how the school system is educating the children in PG County!! We support the change wholeheartedly; anything has to be better than the status quo.

The Only thing we could ask the State legislature to do is to press Mr. Baker to keep his promise and to hire an independent Inspector General as part of the amendment.  (See HB1107 Amendments  here).  2014 Election year is fast approaching and we will waive our right to select the officials that determine the fate of our school system if we do not act fast.  Elections themselves, like we have always said in our tweeter feeds, (are) not a wedding reception where everybody is happy and singing. Elections are emotive, and mobilization for support, as we have seen last year, has emphasized on candidate’s record and promises made plus the delivery. The Inspector General would ensure that there will be somebody to keep the county Executive now and in the future plus  his superintendent honest or accountable. If Mr. Baker is not up to the task, we request him to pass the torch to the State of Maryland and Governor O’Malley to take over the struggling school system. In addition, you can also call your elected officials in Annapolis – Maryland and request the same. Previous County Executive Mr. Jack Johnson and his wife Leslie Johnson went to jail last year because of the lack of accountability and corruption related matters. We do not want Mr. Baker to expose us and/or our community to the same calamity.  We are sure the Feds will be happy to see that the County can do better on their own than to keep revisiting the same situations. It’s time!